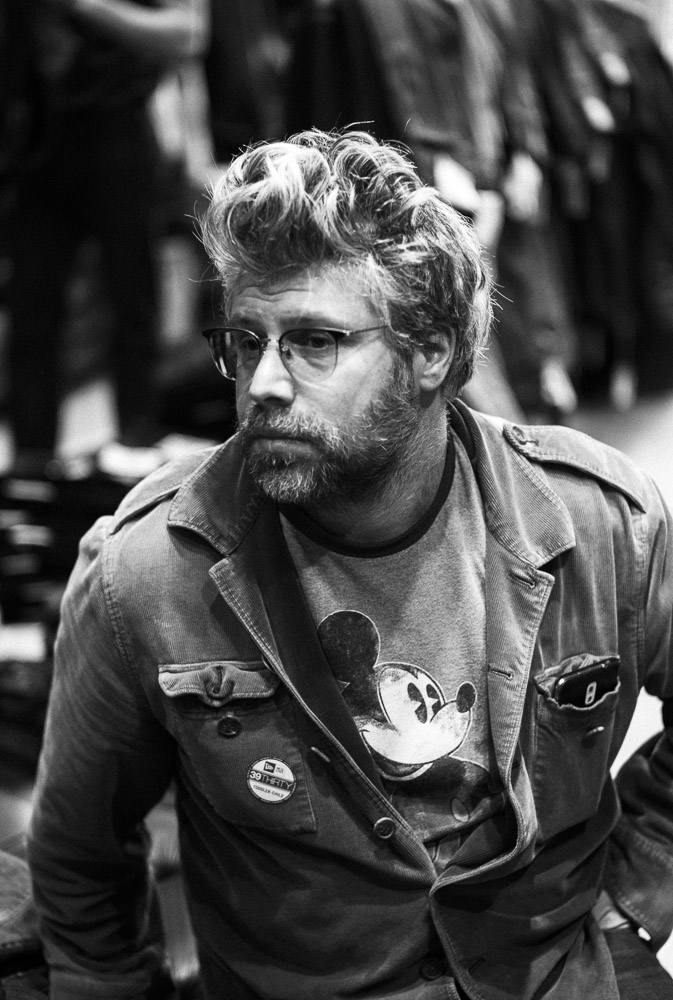 “When I first opened dutil., I had no idea what the difference was between a bootcut, a skinny or a straight leg,” recalls Eric. “When I look back, I was wearing the ugliest jeans and it was embarrassing.”

Hailing from the fashion eyewear world , Eric  had the opportunity to learn what was in demand from buyers across Canada; the answer was always the same – jeans.

“I thought to myself, I’m going to open a denim specialty store. And I did. I learned quickly and became passionate about quality denim.“

Eric opened the Gastown dutil. location in 2006, giving Vancouverites access to an array of labels and expert advice on fit and function. Five years later, he opened a second location in Toronto. Further expansion, possibly into the USA, is on the horizon, but in the meantime buzz is starting to build for the company’s quiet launch of the dutil. brand.

Quintessential has been on the shelves at dutil. for the past four months, enticing customers to try them on and take them home. Consider it an organic test market.

“When you really look at a beautiful pair of jeans, you’ll notice the nuances that make it fantastic,” he notes. “I’m not re-inventing denim, that’s not going to happen. What I am doing is taking my own quirkiness and sophistication, and putting it into a product.”

Eric’s passion for denim has been there since day one, day one of the shop that is. As a designer, he’s always creating and once he opened dutil. it seemed logical that the next project would be his own brand.

“I can’t tell the story that about a hundred different fashion designers have told, that I was sitting in my attic sewing jeans when I was a little kid. I don’t have that story. It was a passion that I fell into. It was like meeting a girl I never knew was my type.”

Based on customer feedback, Eric has hit the nail squarely on the…rivet with Quintessential. The brand offers four cuts, for the men lean and slim taper, done in raw indigo and washed denim, and then for women  a hi-rise and mid-rise skinny in Japanese denim with 2% spandex for stretch.

“We’ve taken the emotion of the dutil. brand and all the logical fit data that we’ve accumulated over the years, to create a beautiful product that people are responding to,” explains Eric. “It was an opportunity to go back to all those times we’d said – ‘why didn’t that brand do this’ – and make it a reality.” Quintessential, like dutil., was born out of Eric’s desire to discover. A self-professed engine of chaos, he’s happiest when he’s in the middle of the design process (even if he’s complaining about it.) And when it’s over, he’ll fall quickly into the ‘now what’ rut.

“On the path to where you’re going, there’s all these streets that you never knew existed and I want to share those experiences with the consumer.”

Those already wearing the dutil. brand are the leading edge of what Eric hopes will be a global market as he meets with potential partners in advance of Quintessential’s official launch. In addition to denim, the line offers affordable luxury basics, including organic cotton t’s and gorgeous leather belts. They’re pieces that feed Eric’s constant search for simplicity and connection.

“I think social media and the whole online experience have really disconnected human beings. It’s never going to come back to the days of travelling salesmen, but I’m romantic for that idea.”

That spirit of connection is strong within Eric’s work. Quintessential has also allowed him to become immersed in a product that is the defining piece of most wardrobes. With fashion, there’s always a new season and new styles, but it’s different when it comes to denim.

“It’s a very disposable world that we live in and I like the idea of something lasting. In a hundred years you know what’s going to be relevant – a pair of 501 Levi’s, a white t-shirt, Ray Ban 2140’s and Converse Chuck Taylor’s. That person will still be relevant. They might not be high fashion, but they’ll be walking down the street and they’ll be considered just as cool as they are today.”