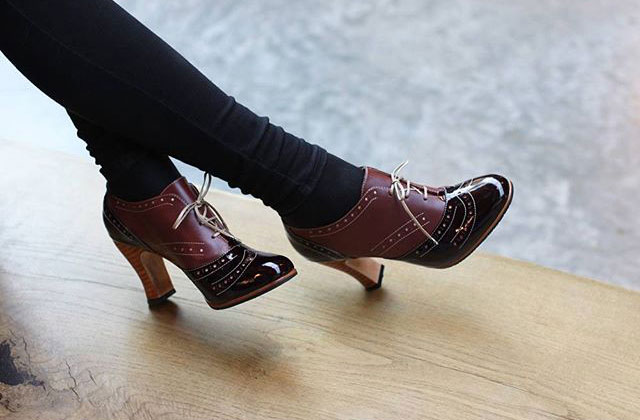 As much as you may adopt a city, or rather, as much as a city may adopt you, it can be difficult at times to not still feel a little on the outside of it all. As a result of being on the outside looking in, however, I have developed something of a unique perspective on Vancouverites.

Generally speaking, they’re kitsch, a little over-sensitive and will strike up a random conversation with you while you share an elevator ride.

But they’re also welcoming, inclusive, positive, empathetic, enlightened and progressive. While they make no attempt to hide the fact that they wear their hearts on their sleeves, they sure as hell have big hearts worth showing off. They care, and their desire to help comes from the purest, most sincere place. In a lot of ways, Vancouverites embody the very best of the Canadian stereotype.

So it comes as no surprise then that Fluevog will be running a shoe drive that’s not only in the spirit of the season, but a direct response to the resettlement of Syrian refugees in Canada.

Starting today and running until December 24th, Fluevog is asking customers to bring in new or lightly worn shoes or boots for the newly minted Canadians, and in turn, donators will receive 15% off their entire purchase of regularly priced items.

Staff will have the right to refuse donations based on quality and level of wear, and no flip-flops or sandals will be accepted.