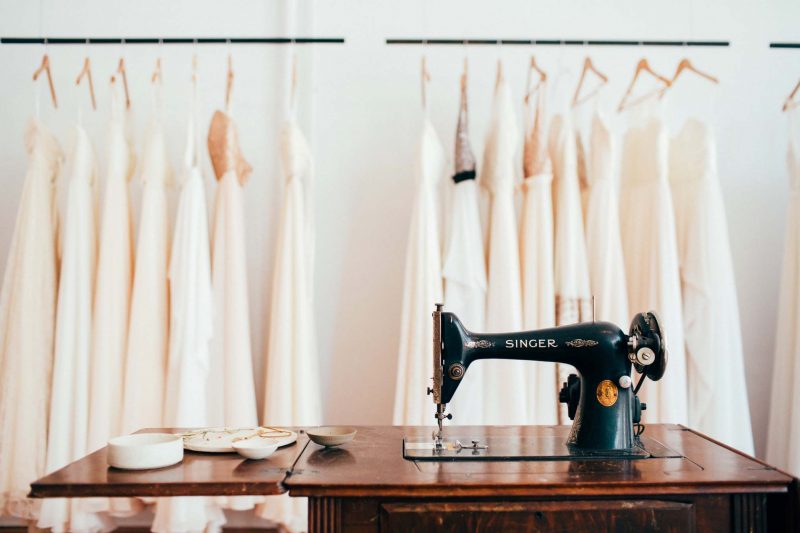 2015 was a big year for Truvelle. What are you most proud of?

Yes, it was hectic! All things considered, I’m most proud of launching the Gastown storefront. When I was younger I remember wandering these streets, wondering who was behind the shops I admired so much. Like, are they big tall famous looking people?  It’s totally surreal being one of those shops now.

Your gowns are now available in seven countries. Will you continue to expand in 2016?

I’d love to expand our reach outside of North America, and am currently targeting Europe & Australia since we already have retailers in both continents. We have zero representation in South America and Asia, and am pushing to organically raise awareness there.

Does the ‘Truvelle bride’ differ from country to country or do you find that people are the same everywhere you go?

There are obvious differences like the German bride being tall and the LA bride being small, but our clientele “vibe” is hard to pinpoint. We get everything from boho to modern to minimalist to bad-ass tattooed brides. When I started Truvelle I envisioned a coffee-shop / Kinfolk / artist girl (you know that chick, and you probably follow her on instagram), and am loving the diversity we’ve achieved.

A Truvelle bride in New Orleans

Where did you shoot the lookbook for 2016?

We shot our lookbook in Arcos de la Frontera, in Spain. It’s a gorgeous town atop a cliff, characterized by white washed walls and brown rooftops.

Was there a moment when you thought – hey, I’m doing a photo shoot in Spain – OMG?

My “OMG” moment was when I booked the plane tickets. Suddenly it was real. Back at home, you opened a store front in Gastown. Why was that important to your business?

It was more a solution than anything. When I first started the business, everything happened within an 1100 square foot studio. I was doing production/admin/design on the weekdays, bridal appointments on the weekends, and living in the studio’s small bedroom to boot. In September 2014, an opportunity for another space opened up within my building, so I expanded to a second space which would be the dedicated showroom for Vancouver clients to try on the Truvelle gowns.

A few months after that showroom opened the business took off, and I was forced to personally move out of my studio to allow for growth. A few months after I moved out, we again found ourselves bursting at the seams. Through some stroke of luck another unit opened within that building, which we moved into in the spring of 2015.

By the summer we needed even more space. And again, through some stroke of luck, we found out about a retail space in Gastown that would be perfect for bridal. In a world of mass-produced, what does it mean to be a made-in-Canada brand?

It means I get to build our local garment industry and help Canada gain manufacturing recognition. Every brick helps.